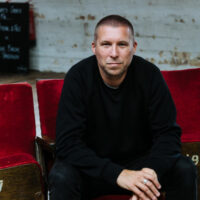 In a changing world, it’s the improvisers that win

Truant London's Chris Jefford looks to how pianists and rappers adopt an improviser mindset, and str... 01.06.2022

In a world of scarce attention, not giving due care to music means the difference between getting yo... 23.02.2022

Truant London's CEO and Co-Founder, Chris Jefford, looks at what advertising can learn from music wh... 13.12.2021