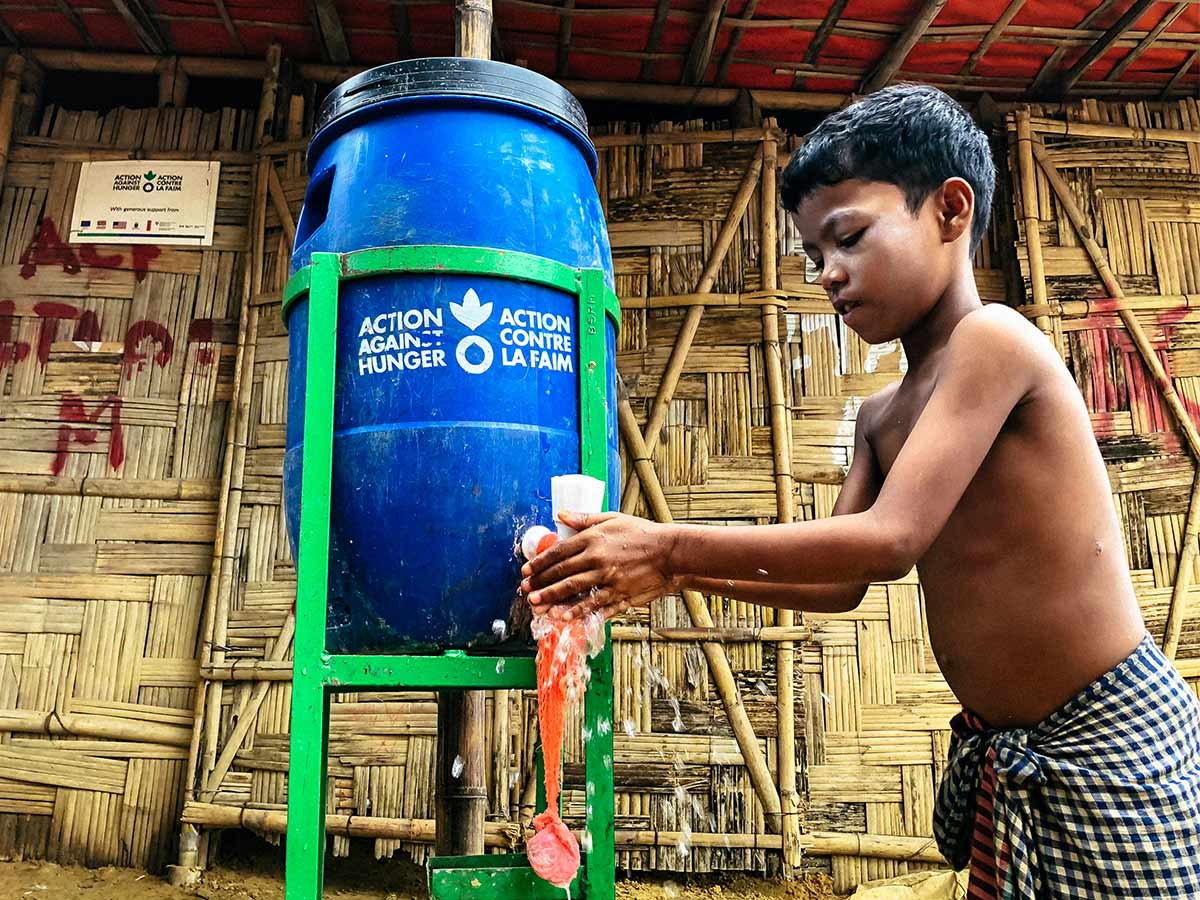 The coronavirus pandemic has decimated the social calendar. On an individual level, that this should be the worst of our worries means we have got off lightly. But for the organisers of course, it has come as a heavy blow to finances and the future viability of their events. For events run on behalf of charities, however, COVID-19 has been a double whammy.

From the big, marquee events such as the London Marathon and the Moonwalk, to smaller local campaigns such as the MacMillan ‘World’s Biggest Coffee Morning’, the pandemic has pulled the rug out from under many charities’ main fundraising events.

On top of this, a general wariness about over-spending at a time when the country has been plunged into recession means charitable giving has fallen off a cliff. According to the Institute of Fundraising, charities are expecting to lose a quarter of their income for 2020, over £12bn, and during the UK lockdown 92% of charities reported a fall in trading income.

What do you do when not just one but several of your revenue streams are almost completely cut off in an instant? Kristina Hedderley-Perez, assistant director of fundraising at Action Against Hunger explains: “A large part of our pre-COVID-19 income came from events, from gala dinners to the London Marathon and student fundraising for overseas treks. We also rely heavily on the generosity of those in the food and hospitality sector, which of course has also been significantly impacted by this crisis itself.”

“Most of our events have been postponed or cancelled,” she continues. “Which resulted in lost income. We’ve held some virtual fundraising events and many of our supporters have rallied behind us to great success but overall we’re still behind where we hoped to be at the beginning of the year.”

Even the largest charity brands are having to adapt to the new normal. “Many of our face to face events and fundraising activities have been postponed or cancelled.” states Harry Watkinson, national media manager for the NSPCC.

Like Action Against Hunger, NSPCC turned to virtual events to try to generate income but charities swiftly found that they had to move beyond simply running a Zoom version of in-person activities. “With the cancellation or postponement of many face-to-face events, we streamlined our internal processes and moved towards a more agile way of working to create, launch and test new digital fundraising products and propositions in a seven week sprint cycle,” Watkinson explains.

Hedderley-Perez adds: “We’ve communicated openly about the impact of the crisis with those supporters closest to us in order to work together in finding new ways to raise money. To gather new support we have put more focus towards recruiting new public donors or individual givers via digital channels, mainly through social media.”

“The best charities always have a mixture of income coming through,” explains Vicky Reeves, managing director of WPNC, a digital and marketing agency that specialises in solutions for charities. “Face to face, digital, lottery, raffles and legacy giving is a big mix, plus there’s corporate fundraising. They have all been hit quite badly through events and people have cut back when looking at their own finances but what we have seen during COVID-19 was an increase in digital donations.”

While many organisations had to adapt to communicating as well as transacting online, the move to digital isn’t just a temporary alternative for charities. Instead, it has revealed a new approach that looks set to last long after the pandemic is a mere memory. The key to unlocking donations has been in a frictionless payment method, developed by Reeves’ WNPC, called goDonate.

GoDonate is a next generation platform that allows a charity to take donations through its own website in a way that is quick and frictionless. It is predicated on one simple observation about donor motivation. This is that once people are motivated to give money, you have to take that donation as quickly as possible. As quickly as they felt compelled to give money, that impulse dissipates so the charity has to make the process as hassle-free as possible.

“People want to give. They don’t need to give. When there is stuff you want to buy, you will force yourself through a complicated route to get it. But with donations if it’s too daunting you’ll think they might come back and do it later but at that point, you’ve already lost them,” Reeves warns.

The NSPCC used the facility to help keep its donations on track during the pandemic. “We launched a rapid response campaign across a range of channels, including TV and digital which meant that we broadened our reach. The ask was to the general public to make a gift to support children impacted by COVID-19, we saw many donations (cash and regular giving) come through our donate platform,” Watkinson reveals.

With goDonate, it’s one step to complete the amount to donate then one to check a box for the charity to stay in touch. The system uses Face or Touch ID to grab data from the digital wallet to send to the charity in the background and in the back end it does all the consumer tracking.

“The key thing for charities when taking donations is to track where the money comes from and where it needs to go,” Reeves insists. “There may be specific appeals and campaigns the user has said they want the money to go towards. It’s also important to track where the consumer has come from. Understanding the motivation of why someone is giving is key and not something charities have been able to access before.”

When faced with something as cataclysmic as a pandemic, it seems a bit unreal to discover that something as simple as a payment mechanism can make a significant difference. But the proof of this particular pudding is in the donating. In three months, one-off donations on goDonate grew 561% compared to the same period the year before. Regular donations also rose 112% during the same period while Apple Pay gifts went from 2% to 9% of total donations for clients who enable this option.

“The key thing is that we’re seeing charities beginning to innovate in digital” Reeves reveals. She notes that even the infamous tin-rattling of the British Legion’s Poppy sales for Remembrance Day are going online and using QR codes. Yet another tactic enjoying a resurgence in popularity post-pandemic. It may also have a major role to play in charities making the most of government tax breaks, for example.

In 2018, HMRC estimated that charities were missing out on around £600 million in unclaimed Gift Aid because donors don’t know how or find it too difficult to account for the relief. “If we used QR codes in charity shops we’d only have to ask the Gift Aid question once. There’s so much money being missed on small transactions,” Reeves points out.

Action Against Hunger’s Hedderley-Perez explains how her organisation is going to reassess its strategy going forward: “Although already part of our fundraising mix, our recent success with [digital] channels will mean they form the largest element of our supporter acquisition strategy moving forward. Alongside this we’ve tightly controlled costs making savings throughout the organisation.”

There is no doubt that charities are taking a second look at what digital can offer, in terms of reach, analytics and responsiveness as they look to a post-pandemic future. Watkinson outlines the NSPCC’s plans: “Social media has been our most effective channel as so many more people were on those platforms. However all our digital channels have performed well and we have added new ones, like our Alexa Skill. Direct response TV (DRTV) was also really successful. Ensuring an integrated approach to all of our marketing and adopting the channels that were being consumed heavily during this period was the key in driving income.

“Working in an agile way to deliver new projects has changed the way we want to work in the future. It has forced us to focus more keenly, and create new processes and governance which works across teams more effectively.  The situation really made us do things differently,” he concludes.

There can be no doubt that the pandemic has proven a testing time and for many charities there is still a question mark over whether or not they can survive. But it has demonstrated just how much potential there is in digital if marketers – and not just those in the charity sector – are willing to look beyond the shop window to the whole online ecosystem.

Next ArticleCan retailers deliver this Christmas? 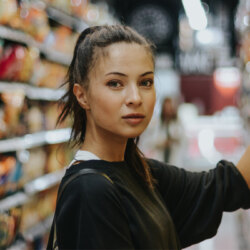 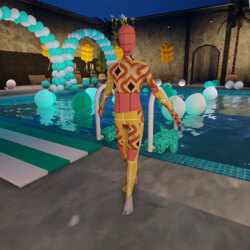 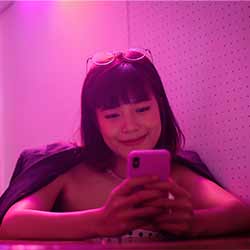 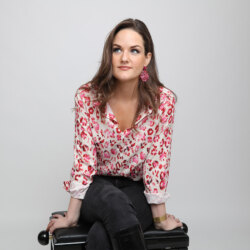 Accessibility as a customer experience problem 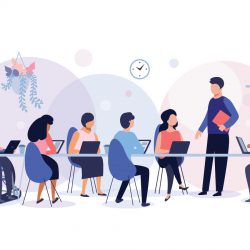 Flexibility and accountability now vital for the employer brand 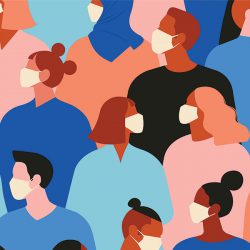 Not even COVID-19 can stop media in its tracks

As agencies and advertisers work together smarter and faster during the pandemic, force majeure clauses remain uninvoked.