Why is it that when we hear the term ageism we think old people?

Worse still, why is it that the term refers to anyone over 50 when so many women start their own business in their forties and continue to work through their fifties?

Although ageism is so often associated with people in later stages of life, it’s a problem that people face at all ages, no matter their birth year and it can be within age groups, not just between generations.

I expect you’ve heard comments like “he doesn’t have the life experience to manage a team” or “give it to the kids to do” when talking about millennials just as much as you may have heard “how can she understand how I feel, she’s old enough to be my mum”, “can’t teach an old dog new tricks” or “they don’t they remember they were a kid once”.

A colleague of mine experienced ageism very early in his career — exceptionally talented in his sphere his rise in the ranks meant he had to lead people often twice his age. Finding himself regularly confronted by others who didn’t hide the fact they felt because of his youth he didn’t have the talent or gravitas to create effective solutions. He started to avoid conversations around his age, cultivated a more “mature” presence and withdrew into himself.

According to recent research conducted by Fast Company, younger millennials and members of Gen Z experience ageism at work, saying that they are viewed as inexperienced due to their age. I think we can agree that judging people by their age is a ridiculous notion when we cannot understand their life experience based on a number. But I suspect we’re all guilty of making these forms of snap judgements when we don’t like something or feel threatened by new people.

Conversely, the value of people over 50 is frequently overlooked, especially when it comes to the work of women. Last year Forbes launched a 50 Over 50 list, a refreshing celebration in comparison with the usual ‘30 under 30’ collections that celebrate younger achievement. This list details women in power though and there’s still a need to mark the work of women who turn up and do their job, even though their careers are more likely to be disrupted, underpaid and more precarious. A better example than the 50 over 50 list might be a friend of mine who works on a high street shop floor and was chosen for her ability to run dynamic teams under pressure. The 35 people who worked under her celebrated her success and most of them were older working mothers. Unfortunately, they’re less likely to appear in a glossy business magazine.

It feels like a tough environment to succeed in — and it is. I recently attended an industry event about attracting talent where an audience member asked what could be done to bring younger people in. One response was not to expect qualifications and experience from a 21-year-old. But we all know the flipside that older people are expected to downscale their career and clear the way, being told they are overqualified.

The hypocritical status of work across age groups is a big problem. We’re all aware that now is a tricky time for finding talent. The pandemic helped people reappraise their careers and it has become a bit of an applicant’s market, but our own biases are not going to help reform the industry through hiring.

There’s value in all age groups

It might sound obvious to say, but it bears repeating when we need people and ageism is just as likely to hurt the creative industries if we don’t take a better view of ourselves. Age should be removed from resumes as standard, but we’re all as likely to make judgements in interviews.

When we think of a role we need to fill, maybe we should be thinking positively about different age groups and what they can bring. Or look for surprises in spirit and experience, or curiosity and how keen a person is to learn. The onus is on us to be better teachers.

Carolyn Stebbings is Chief Operating and Inclusion Officer at RAPP Group, overseeing the daily operations of the business across both RAPP and Code. She also leads the charge to ensure diversity, equity and inclusion remains core to the future of the business.Carolyn joined RAPP in 2008 and has held multiple roles, most recently MD at Code & SVP Data and Tech RAPP UK. In 2020 she co-chaired Omniwomen UK, is a member of the Omnicom University Alumni and an IDM Fellow. Her accolades include 50 Leading Lights in Kindness, DataIQ Top 100 for 7 years running, and she was listed in the inaugural IPA iList 30. She is also on the Board of WomenInTech.org

Next Article“Plus ca change, plus c’est la meme chose” (The more that changes, the more it stays the same) 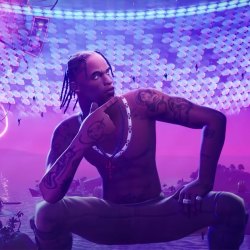 Age – it’s time for a rethink and a reset